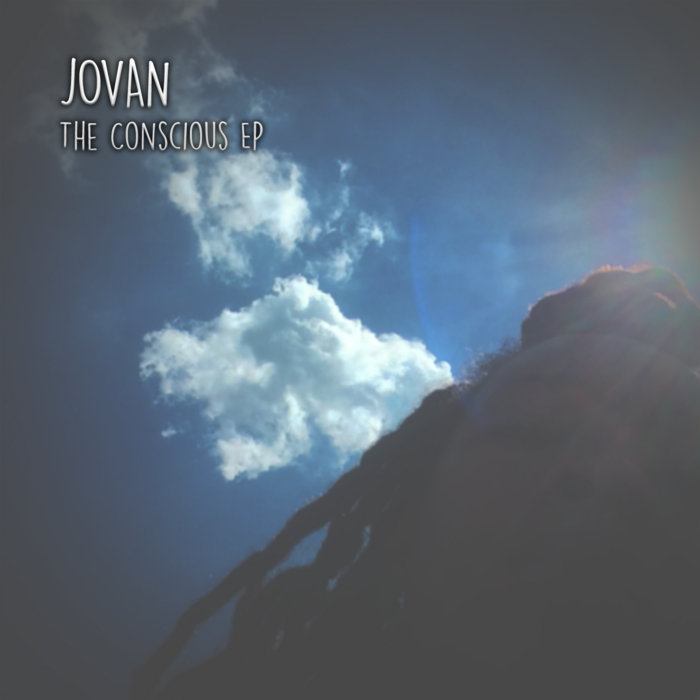 A conscious rapper poses conscious questions about the things she sees and experiences in the world through raps that could be perceived as controversial but coming from a genuine heart and curious mind. Speaking on the usage of social media, inner city youth, and the progression of Black Americans.

The "One-Third Emcee" is known for her articulate lyrics & energetic stage presence, with an androgynous and athletic swagger. In the span of a decade, Landry has self-released 5 projects, taught workshops, and performed throughout the U.S and internationally. Jovan is the recipient of WeWork Creator Awards, a grant used to produced the 1st an all-women produced & performed hip hop album Synergy. ... more

Track Name: Social Media Girls
Verse 1:
I don’t know why these hoes spend their time on their phones for attention.
She don’t even got a job, but she just really wanna get that pension. I mean what I mean.
With your nails pressed on, and your skin tight jeans, with your sneaks real clean
Do you see what I see when I scroll down your tweets
But you don’t cause your head’s blowing up from these feigns.
But you so hood with it, be outside
With the duck face on, up in your mama’s ride
You doing it for the vine, like you are fine, as if you stay too fly.
Bye bye to these, haters that you will be calling your friends later,
Like she is one of your neighbors
These dudes are some fakers, bragging about that paper
And mastermind you to be one of their chasers, like damn.

Hook:
But, I mean what I mean, what you say what I mean, but I know it’s not mean.
I just see what I see, and I speak what I speak, my opinions are free
It’s putting light on the truth on the things that you do that you know is untrue
At every opportunity you gotta snap pic but don’t let the moment just do…

Hook/Bridge (x2)
But, I mean what I mean, what you say what I mean, but I know it’s not mean.
I just see what I see, and you need to rethink what is self validity, uh
It’s putting light on the truth on the things that you do that you know is untrue
At every opportunity you gotta snap pic but don’t let the moment just do…

Verse 3:
Where does the issues stem? Where it begins? Is it a lack of a friend
A lack of man, I just don’t understand, all I know that it wasn’t part of the plan
The internet creating imaginations feeding our fascination
That we forget the real conversation: Conversing on the importance of your representation
Yo, are we serving the hype or we serving our lives, just realize that it’s all in your mind
Deep down when you search in your mind, you’ll know that you’re on of a kind
Don’t let words phase you, don’t let it create you just let it amaze you
You are beautiful and a miracle, don’t let cyber world dictate you

Hook (Repeat)
No chill. They really have no chill, they want that sex appeal...

Verse:
No chill what's the deal? Why you swallowing them pills?
I'm for real. Just chill. Stand still.
Don't kill yourself In this paradox, just stop
It’s not the time to store yourself away in the box
When they give you limitations, it's only ‘cause they’re hating
On how far that you’re gracing, you know that comes with aging
Just look at it this way though: You know they'll never change
If they're just hanging with same gang that don't change
But still remains insane, just reframe. And have knowledge gained
So just hit ‘EM with a bang, bang, hit em with a bang
But don't bang, with ammunition
You too busy to make revenges at your competition
(We reaching them heights, we reaching them heights) to your intuition
Forgiven to these new beginnings, start your ignitions
And always drive to the finish, ‘cause that’s truly winning
And make sure that they see through your battle scars
And show them through the/through the pain of who you really are
Cause Good deeds are intended to really take you far
Just look at it now. Let’s rock & roll, lets get these honor rolls
‘Cause this life is has just gotten [way] too out of control
I’d say that I’ve met the best people in [the] education
They wanna stimulate the minds. No infatuation
Will the kids will rule the world? Or do we keep falling?
Do we keep balling as our way to keep stalling ?
We think that is our fate, or else we can't be great,
We have to know our place, and start wearing the cape, let's determine our fate.

Verse 1:
Without a doubt, I feel like blacks [are] the only ones without
Love & hugs, they give us drugs, it feels like it's a drought
The most, unloved in history, wanted in penitentiaries
Judging upon our imageries, culture’s famous in industries
Exploitation, corporations, monetizing our monopolies
We’re always the anomalies, you’re killing our society
But are we hurting ourselves? Putting us on shelves
To be so, so sold out, tell me, are we loving ourselves?
We’re screaming “hands up” and “don’t shoot” and “I can’t breathe”
Yet exchanging blows for views online, what to believe?
I see we making moves, and paying dues, for our communities
Standing up against the bigotry/police brutality.
I’m seeing a lot of things not living up to it’s worth
There’s many pieces to the puzzle of Black ‘Merica’s hurt
Don’t hate me off this verse, I’m not cursed, I’m figuring out
What our purpose really is, so we can come in large amounts, but...

Verse 2:
Un-phased, unchanged
We’re still stuck and it sucks, we’re still chained...
Create a book, write brand new page
Clean up the slate that all creates, no execrate.
We need to dominate and namaste, never fear, don’t be afraid
Do it for our youth, because they’ll be the voice of our truth.
Unchanged is what the mainstream sees.
In our nation here and across the coast of the overseas.
I shed tears for my loved ones, who stayed home instead
And those who who cannot cry, but have continually bled
From being out the streets that are blacker than we are
And we are stars in case you couldn’t see that far
We’re depths of melanin, that seeps into our skeleton
So sad if you cannot see our history as relevant
Who are you, your friends, your kin and your folks
That’s thinking we’re a joke, I could care less if you choke
I know we’re monied down and still racially broke
And so please, follow my quotes if you’re my friend or my foe, so...

Bridge:
Let me get soul clap, for Sandra Bland and Oscar Grant
Tyshawn and the other ones, Say their names, let’s get ‘er done
I’m saying all of this because it’s coming from the heart it’s true.
I know that this ain’t nothing new, it’s time to make our life anew
On these city streets, and just do what you do best
Fit the puzzle: Teaching, preaching, leading, or protest
But  things don't change if you still remain the same.
Most us are still in this slave mind state.
When you think, about it, think about it.
Things unchanged if you really think about it.
Don’t try to fit the trend because it’s on the internet
Connect with individuals, let’s try to intersect
Let us think about it, think about it... think about it... think about it.
They tell us zip our lips and then they say to get a grip
When you were whipping us on ships, we still continued to resist
We still exist, we exist, we are more than people here to JUST exist
Live in peace, remain to change exist
Raise a fist in the air instead of through a ligament.
Lets open up our fist, shake a hand and be a gift
To thy neighbor, do favor, complete the list
But until then: Things will be unchanged, things will be unchanged, things will be unchanged...

Bandcamp Daily  your guide to the world of Bandcamp

Featuring Oakland sounds from the Smart Bomb collective and Samplelov.